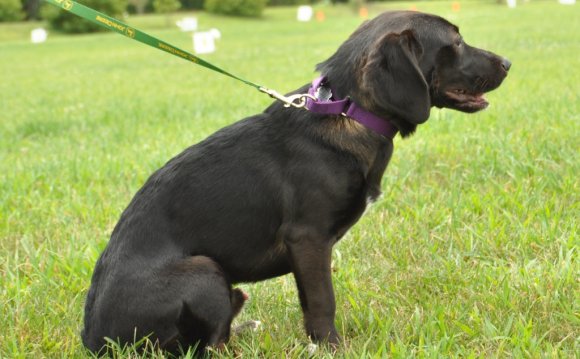 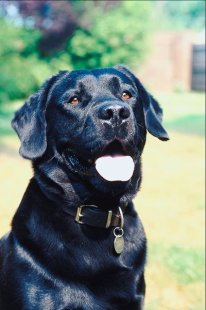 You can see the spots on his tongue, but he can't.

Almost any dog, purebred or Heinz 57, can have dark spots on a pink tongue, just as almost any human can have freckles on his nose. That's all the spots are - just local deposits of extra melanin or pigment.

The Dog Breed Information Center website lists 50 breeds that are "more likely" to have dark spots on their tongues. Included in the list are everything from the spitz- or arctic-type breeds such as the akita, the malamute and the keeshond to hunting breeds such as the Labrador and golden retrievers to the German shepherd dog and the Rhodesian Ridgeback.

The one dog that can't have spots on his tongue is the purebred chow with professional ambitions in the show ring. The AKC breed standards for both the Chinese Shar-Pei and the chow chow state unambiguously that a solid dark mouth of the color, called variously black, blue or purple, is preferred. The Shar-Pei can get away with a pink-spotted tongue as a major fault; but, for the chow chow, "one or more spots of red or pink" is a disqualifying fault.

All puppies are born with pink tongues. Those who are destined to have dark or spotted mouths usually develop this coloration by 8 to 10 weeks of age; however, spots can show up even later. If you notice a new spot on your dog's tongue, keep a close eye on it to see if it develops any abnormalities.

A raised or lumpy dark spot on a dog's tongue - or anywhere in the mouth or on any other part of the dog - should be looked at immediately by a veterinarian, as it may be a particularly nasty and deadly sort of cancer called melanoma.