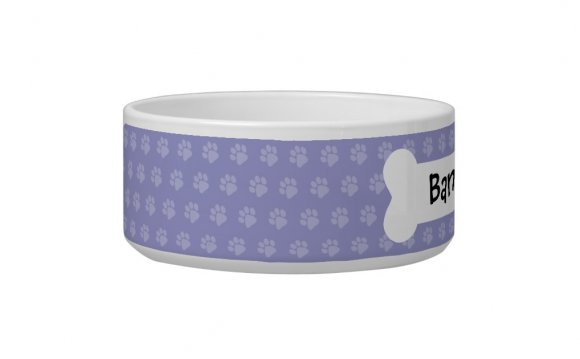 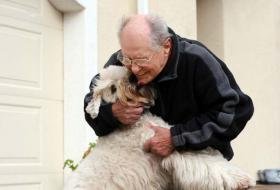 How would you like to serve your furry friend natural fresh pet food you create from homemade dog food recipes? You really can. LoveToKnow's own Wendy Nan Rees has compiled dozens of her best dog and cat food recipes into The Natural Pet Food Cookbook. The foods are natural, healthy and veterinarian approved; what more could you ask for?

We were fortunate enough to persuade Wendy to take time from her busy schedule to give us some background on the creation of the book and why feeding our pets natural food is so important.

Wendy, how did you become so involved in the topic of dog nutrition?

I first seriously got involved in dog nutrition back in 1985, when I got my first dog. I was living in Atlanta, going to cooking school and was engaged to be married. So, I did some research into Shar-Pei dogs and got one to breed and show.Eight weeks into my ownership, the dog became very sick. Six-thousand dollars later, I found out that the dog was allergic to soy, salt and preservatives. I was in cooking school at the time and thought how hard could it be to develop a training and showing treat that he could eat, even with his allergies.

Eight months and thousands of batches later, Lip Smackers®, "The people cookie made for dogs®" was born. It was a huge success with friends, family and even competitors at the dog shows I attended. At the time, my new husband, my dog Webster and I moved to California, and I started my first company based on this product.

The first package was a Chinese food container with a picture of Webster on it, along with our slogan "The people cookie made for dogs®". I handmade the cookies at home until I was contacted by the California Department of Health that informed me I couldn't make them at home anymore. So, I found a bakery and rented it four nights a week.

From that humble beginning, I ended up creating 50 products, and we went nationwide. As luck would have it, my first job at the age of 17 was as a nanny for a couple that owned the first Natural pet food company. Who knew this connection would come in so handy down the road?

Tell us about your newest home-cooked dog food book. What inspired you to write it?

I was inspired to write this book of home cooked dog food recipes by the massive pet food recall in March 2007 because I was getting over 500 emails a day from people asking me what they should do. I was very fortunate to already be an established author with Wiley Publishing.

My publisher was very excited about the idea, and the book was a go right away. It is really the first time that there has been such a detailed book that features recipes suitable for dogs and cats; especially one with a focus on main meals, not just treats. I am already working on a companion to The Natural Pet Food Cookbook with more natural fresh pet food recipes because there was so much information I wanted to provide that we couldn't fit it all in one book.

We understand that all the recipes have been veterinarian approved?

Yes, Dr. Kevin Schlanger, DVM, was wonderful, and made sure all the ingredients we used were safe and wholesome for the animals whether they were dogs or cats. He is a great friend, and was a wonderful help throughout the creation of this book. He helped develop the dog and cat feeding charts in the book. He also helped by writing some of the nutritional sidebars and was always available for me to bounce ideas and questions off of.

For me, this alternative is a no-brainer. The recall was a wakeup call. After all, wouldn't you prefer to know what you are really feeding your pet? Did you know that the pet food companies can change up to 15% of their pet food recipes without changing the ingredient panels on their bags?

I can't tell you how many times I have looked at the ingredient panel of a pet food bag and seen four to five different forms of one grain listed. While that may sound innocuous, it really isn't. If pet food companies had to list their ingredients as corn or wheat instead of corn grits, whole corn, corn middlings, corn bran or corn gluten meal, pet owners might be better informed. The reason I mention this is because if you added all those different forms of corn ingredients that you see on the label together, the actual percentage of corn in the bag might actually be a higher percentage than the meat ingredients. While this is legally allowed, there are many people who the practice is misleading.

There are some other disturbing facts that pet owners should be aware of. Ethoxyquin is a carcinogenic chemical that is routinely used as a preservative in pet foods. Even if it isn't stated as an ingredient on the bag, it could still be in there. Pet food companies purchase fats for their foods, and if they happen to purchase fat from a company that uses ethoxyquin as a preservative for their fat, they don't have to list it on the ingredient label. The reason they give (which is legal) is that they don't add the ethoxyquin to the fat in the bag, so they are under no legal obligation to tell you.

Last but not least, is the issue with propylene glycol. It is an additive that is used as a binder in many foods and treats currently on the market. It was recently discovered to cause cancer in cats, so its use was discontinued in cat foods and treats. However, it is still added to dog foods and treats, because this too is legal.

The book is filled with so many wonderful recipes. How did you come up with them?

Over the years I have kept a file that has over 1, 000 recipes idea and tips that I have been collecting since 1985. I value it so much I keep it under lock and key. I once lost the book during a move, and I was hysterical. I had my husband, friends and even the moving company looking for it. No one was allowed to leave until it was found.

Tell what it took to develop the recipes in The Natural Pet Food Cookbook.

When I develop a recipe, I begin with an idea, but I have to make sure all the ingredients will be safe for dogs, cats or both. I then start blending, mixing and playing until I have a viable recipe.

Sometimes it can take up to a month to perfect a single home cooked dog food recipe. Presentation is also very important to me, so once the recipe is perfected, I also have to consider which form I want to present it in. Do I want it to be a cookie, a loaf or a casserole? There are other factors that also need to be determined, such as how well a particular item freezes, and how long it will last in the fridge.

What about your crack team of professional taste testers?

Frankly, I had an amazing team to help me. Of course, I had my own motley crew of three: Senny, Cappy and Little Man. I also relied on my wonderful, life-saving assistant Ruthie to test the recipes in her own kitchen. Her professional taste testers included all of her cats, not to mention the chickens, geese, ducks and one cow that got the overflow. Ruthie believes that I have another career waiting in the wings if I choose because no one on her farm turned anything down!

Kai the Shar-Pei crossbreed was found at Ayr station with ...