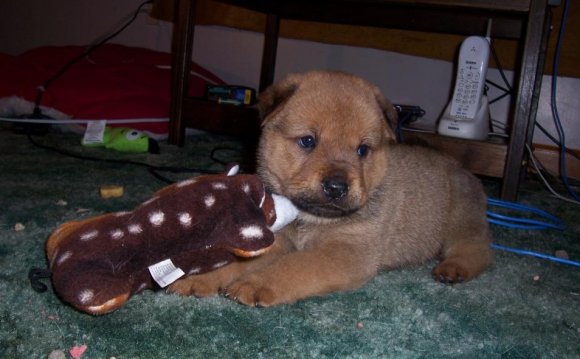 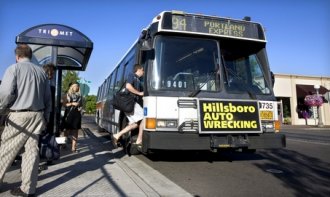 The owner of a 7-pound Pomeranian that bled to death on his owner's lap after being attacked by a 50-pound Rottweiler mix on a bus Sunday said a 30-day ban from TriMet buses and trains is not enough of a penalty.

"It was horrible, " said Marie Kelemen, 59, of Portland, who had owned Buddy for all nine years of his life. "It was terrible. That's why 30 days is ludicrous."

The Pomeranian was a service dog and therefore authorized to ride the bus. The larger dog, a mix between a Rottweiler and a Shar-Pei, was not.

Buddy, a companion for nine years

There was no barking or growling before the larger dog walked toward the front of the bus with its owner and attacked her leashed dog, breaking its neck, Kelemen said.

Marie Kelemen and Buddy were riding the No. 75-39th Avenue/Lombard bus about 4:15 p.m. near North Interstate Boulevard and Lombard Street when the attack occurred, said Peggy LaPoint, a TriMet spokeswoman.

The other dog's owner, Leroy Morley, was sitting farther back on the bus with his Rottweiler/Shar-Pei, LaPoint said. At some point, Morley walked toward the front of the bus to exit.

As he passed Keleman's leashed Pomeranian, Morley's dog attacked. The Pomeranian died at the scene.

Transit police responded to the incident.

According to the driver, Morley got on the bus some time before Kelemen.

Kelemen said the police talked with the other dog's owner and let him leave.

The case has been referred to Multnomah County Animal Services, spokesman John Rowton said. "But we haven't seen the report, and we're waiting for a copy of the video from the bus' surveillance camera."

According to TriMet's Web site, service dogs are allowed to ride buses and trains but must be kept on a leash or in a carrier.

"Service animals are welcome on TriMet, " the rules state. "No permit is required, but you may be asked to confirm that your animal is a service animal."

Rowton said service dogs can perform a broad range of duties for their owners.

"Some can alert when they sense their owner is going to have an epileptic seizure, " he said.

Others can aid people with hearing or sight impairments or balance problems, pull a wheelchair or pick up items. Some dogs help their owners with psychiatric or mental disabilities.

According to the Americans with Disabilities Act, a service animal can be "any guide dog, signal dog or other animal individually trained to provide assistance to an individual with a disability. If they meet this definition, animals are considered service animals under the ADA regardless of whether they have been licensed or certified by a state or local government."

Some service animals are licensed, Rowton said. Multnomah County dog owners get a discount on license fees for a service animal. But the definition of a service dog can be broad.