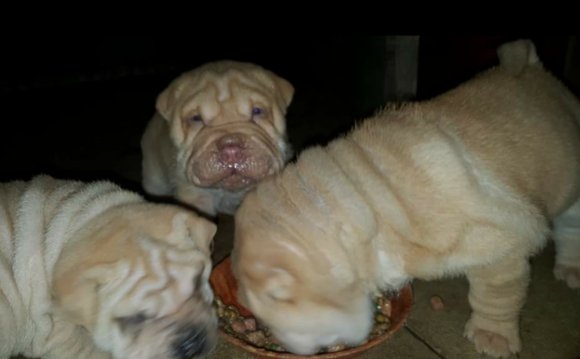 Beginning around 1870, however, with the establishment of kennel clubs in Britain and the United States, closed breeding books were introduced in the name of developing and maintaining "purebred" animals. A dog could be registered as a Vizsla only if both of its parents were registered as Vizslas. There was more than a little racist thinking behind all of this; writings about animal breeding from the late 1800s and early 1900s are full of exhortations to eliminate "weaklings" and to invigorate the race by maintaining the "purity" of its "blood lines." Look up any bibliography of dog books and the name Leon Fradley Whitney is sure to appear. Whitney was the author of many standard works, including The Complete Book of Dog Care (still in print), This Is the Cocker Spaniel, Bloodhounds and How to Train Them, and How to Breed Dogs. What you won't find in a dog bibliography is some other Whitney works, including The Case for Sterilization, a paean to eugenics published in 1934. It was such a definitive treatment that the author received a letter of appreciation from no less an authority on the subject than Adolf Hitler. (Whitney in turn publicly hailed Hitler's "great statesmanship" in ordering the sterilization of the feeble-minded and the insane. In an unpublished autobiography written four decades later Whitney still defended his stance, maintaining that "no ruler ever before had had the courage or the knowledge to put sterilization to work." He allowed, however, that in the 1930s he had not been aware "what a vile human being" Hitler was.)

Today, when an unscientific embrace of "biodiversity" is almost as common as the unscientific embrace of "racial purity" was a century ago, inbreeding is often portrayed as an unmitigated evil. But that is almost as much an oversimplification as the uncritical embrace of purity for purity's sake was. Inbreeding has in fact been a vital technique in the development of virtually every strain of plant and animal useful to agriculture, and it is the only way to rapidly develop a line that will consistently produce certain desirable characteristics. This is at heart a consequence of the biological fact that chromosomes come in pairs; one is inherited from each parent. Closely related individuals - brothers and sisters, parents and offspring - are more likely to carry the same genes. So a mating between two closely related individuals increases the likelihood that the offspring will wind up with the same gene for a given trait on both chromosomes - a state called homozygosity. An organism that is heterozygous for a given trait - that is, has different versions of the gene on each chromosome - may look the same as one that is homozygous, but it will not pass that trait to its offspring as consistently. In the classic human example, both a homozygous individual and a heterozygous one can have brown eyes, though the latter has one gene for brown eyes and one for blue eyes. Brown is "dominant" in this case. But the "recessive" (blue) genes carried by two heterozygous individuals may combine in reproduction to produce offspring who are homozygous for the recessive trait and who will thus be different in appearance - a person with two blue genes has blue eyes. With a homozygous mating, though, what you see is what you get. No matter which of each parent's pair of chromosomes gets passed on to the offspring, the result is the same. 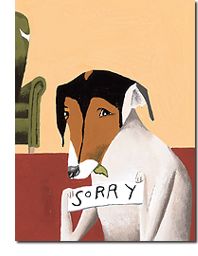 In other words, homozygotes breed "true to type" for the traits they have been selected for.

But since closely related individuals have a lot of other genes in common too, inbreeding also increases the chances that any genes for undesirable recessive traits carried at other sites on the genome will combine to produce trouble. Inbred faults in domestic animals tend to be recessive because genetic diseases caused by dominant traits are quickly weeded out in a breeding program: eliminate from the breeding population all the animals that manifest such a disease, and you eliminate the genes for that disease from the entire breeding population. (It takes but a single dominant gene to cause a dominant disease, so there are no "silent" carriers of such genes.) But genetic diseases that show up only in an animal homozygous for a recessive trait can be carried silently for generations. Only when two carriers happen to mate will the disease appear.

Genetic data confirm that the past century of dog breeding has produced some extremely inbred animals. Surveys using gene markers show that the chance that two members of a typical human family will have a different combination of genes at a given site is about 71 percent. In crossbred dogs it is 57 percent, in most purebred dogs 22 percent, and in some rare breeds four percent. Even crossbred dogs are more inbred than the most inbred human populations (the Amish, for example, or families in India in which uncle-niece marriages take place).

This degree of uniformity means that when a bad trait does get locked in by chance, it tends to stay as long as breeding is confined within the group. And a raft of genetic diseases have been turning up in a variety of dog breeds. Some of them are truly bizarre: epilepsy in poodles, sudden muscle rigidity in Scottish terriers ("Scottie cramp"), chronic fever in Shar-Peis, tumors in flat-coated retrievers, congestive heart failure in boxers.

The dog-show world - the American Kennel Club in particular - is often blamed for having created these genetic diseases through an obsessive preoccupation with physical appearance in breed definitions. But that criticism misses most of the point. Selecting for one thing (such as looks) doesn't...