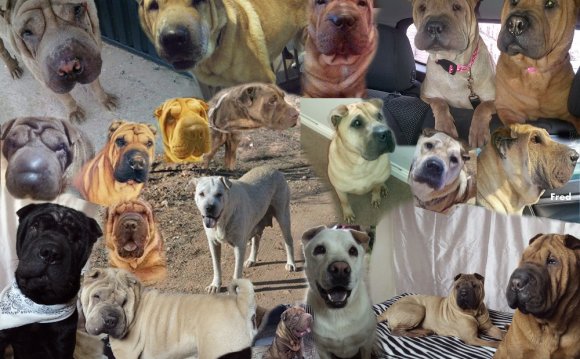 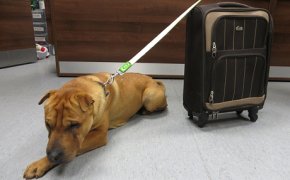 He added: "It feels like fate that I've been able to rehome Kai and I'm not usually a believer in things like that. I'm over the moon and very shocked that I was chosen out of everyone who wanted him.

"My Dalmatian named Mica passed away just before Christmas and I was left heartbroken. I had her for 15 years and she was the apple of my eye. We pretty much spent 24 hours a day together.

"When I heard about Kai I knew the little guy needed a break but I never thought in a million years I'd get him.

"I called the Scottish SPCA just to check he was okay and see if there was anything I could do to help. Fast forward a few weeks and here I am taking him home. I honestly think it was meant to be.

"I work all over Scotland, mainly outdoors, driving wherever I'm needed in my van. Kai will come with me and when it's appropriate I'll let him out to run around and play safely while I work. Then we'll jump back into the van together and head to the next place. We'll be able to hang out all the time.”

Mr Russell said he also wanted to highlight the fact thereweare lots of “other animals like Kai whose stories haven't been told”.

Alan Grant, of the Scottish SPCA, said the organisation had been “overwhelmed” by offers of new homes for Kai from places as far away as New York, Los Angeles, France, Spain and the Philippines. 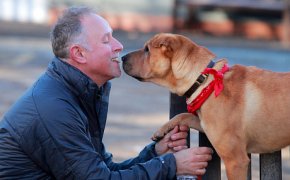 "Kai's story was really sad and many people likened him to Paddington Bear given he was found alone at a railway station with his suitcase, ” he added.

"One of the reasons we chose Ian was, right from the start he said he was interested in rehoming Kai but he would take our advice if we thought one of the many other dogs in our care would suit him better.

"It was really important for us to select an owner who wanted Kai for all the right reasons and had really thought through their decision to take on a rescue dog. We know Kai will have a fantastic new life with Ian and we couldn't be happier for him.

"This is a great opportunity for us to remind people that we have hundreds of other animals in our care just like Kai who all need new homes. “

The dog was apparently abandoned at the railway station after an internet sale went wrong. Following widespread publicity about the case, a woman revealed that she left the dog because he was not the animal she expected when she responded to an advert.

Fin Rayner, 39, told the Daily Record she travelled with her daughter from her home in Aberdeenshire to Ayr to collect him after seeing an advert on Gumtree. But when she arrived, he was not the dog pictured online.

She said the animal’s apparent owner asked her for a pounds150 deposit when she said she would take Kai for a walk before making up her mind, but then left her with a “food chest” and a lead before “tearing off in his car” and failing to return.

She told the newspaper she decided not to take the dog after her son called and told her the photo in the ad was an American picture form 2005. She said she left him tied at the station, where she knew he would be found safely, after she “panicked” when she and her nine-year-old daughter needed to catch the last train home.

How To Stop Dogs Barking - Dog and Puppy Training