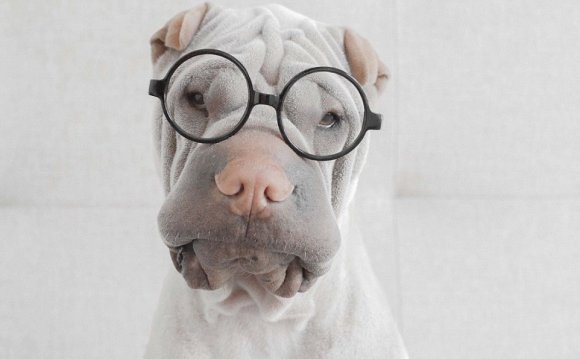 Mark Twain believed that “wrinkles should merely indicate where smiles have been”. Based on this criterion, the Shar Pei is the world’s happiest dog – smiling from nose to tail. (Mr Twain was himself a keen dog-lover. “The dog is a gentleman, ” he said, “I hope to go to his heaven, not man’s”).

The Shar Pei was once a common “people’s” (or peasant’s) dog in China where, as well as being a pet, they may have helped to guard livestock or property, and proved their worth as hunt dogs. In the 1960s, however, the Shar Pei stood on the brink of extinction (the tragic result of a decision by Chairman Mao to ban pet-ownership). Happily, today their numbers have recovered well – thanks in no small part to a man called Matgo Law, who smuggled around 200 of the dogs from China to concerned breeders in the USA.

Quite appropriately (or not, depending on your stance), a Shar Pei has been the ‘mascot’ of Garnier anti-wrinkle cream for years and has starred in several of their adverts. Famous owners include Jonathan Knight of New Kids on the Block fame, who used to take his Shar Pei, Nikko, on tour with him and the lucky pooch even got to appear in several magazines; And the lovely Sheridan Smith, who’s Shar Pei Enid was stolen twice, but was fortunately reunited with the actress both times.

Why buy pet insurance for your Shar Pei?

Many owners consider pet insurance for their Shar Pei to help in the event that vet treatment is needed. A relatively common health problem for Shar Pei, which can occur as early as two or three weeks old, is Entropion – one of the dog’s eyelids folds inward. Fortunately this is often successfully treated with surgery. ‘Shar Pei Fever’, meanwhile, is a breed-specific condition which can result in a painful swelling of the hind legs. Whilst the condition may be inherited genetically, it’s believed that avoiding stress (physical or emotional) can help to reduce the likelihood of repeat attacks.

Shar Pei pet insurance provides cover for the potentially costly vet treatment needed for these and other medical conditions. Pet insurance can also help when a Shar Pei is lost or stolen - sadly an increasingly common occurrence.

By joining this group you use the buying power you share with other Shar Pei owners to get a better deal on pet insurance. Currently, there is an offer available with MORE TH>N pet insurance, so please join the group to find out more.