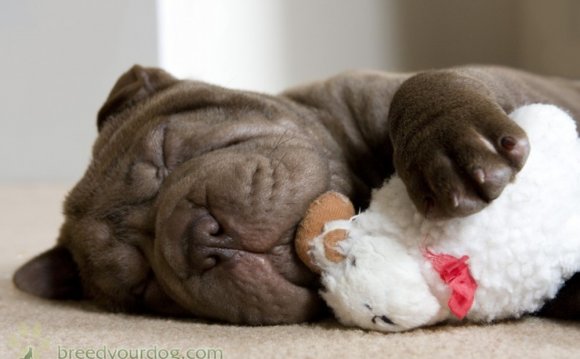 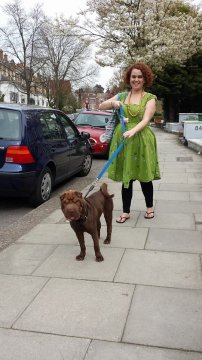 I'm an ex-Londoner. I lived there right until I grew entirely London-ed. Eventually I ended up in Devon, by way of Brighton. After a while spent living in the sleepy West Country, I began to find myself hungering for the city once more: for diversity, vitality and buzz. This was one of my reasons for becoming a housesitter: the option for contrast and dipping into urban spaces without having to live in them full-time. Additionally, my grandmother in London has recently developed dementia, so it's important for me to be able to visit her.

Otto was my first London sit. Otto is an overgrown, chocolate-coloured Shar Pei puppy who is just under a year old. Otto is a cosmopolitan sort of a dog. Born in Madrid, he now lives in West Hampstead, where he can enjoy a lifestyle of independent coffee shops, Indochinese fare and yoga and tai chi at the local community centre. Otto's first language is Spanish. Otto is pretty high energy when outdoors, straining at the leash and generally loving life. Occasionally he'll respond to "Ven aqui! " ("Come here!") 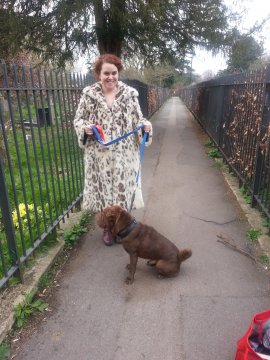 Otto's a quintessential Shar Pei (a rare Chinese breed of dogs, highly intelligent and intuitive. They were traditionally used as guard dogs.) His enormous face is not un-hippo-like. It seems altogether too large for his body. Otto rarely barks. Instead, he breathes heavily and snuffles. Every so often he'll give his jowls an almighty shake and ... well, those jowls tend to be rather slobbery. Whilst walking Otto with my friend Laura, Otto gave his head a shake at a strategic moment. Laura's tights looked distinctly different after that. (Sorry, Laura...) 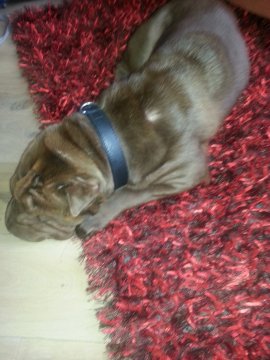 Otto's flat is well located, so he can enjoy walks in nearby Hampstead cemetery or on Hampstead Health. Strange Otto fact: other dogs tend not to like him and often start growling in his presence. His owners' think perhaps Otto has a strange scent, noticeable only to other dogs. He smells pretty good to me. Otto loves the cemetery. Unfortunately, being an un-neutered boy, he also has a soft spot for attempting to spray graves, so must be carefully watched.

My first full day there, Otto seemed to miss his owners quite badly. (Look at this face!)

Gradually though, he began to spend more and more time around me when indoors. Otto normally sleeps in his owners' bedroom. However, on my first night there, he turned up in the spare bedroom where I was sleeping. He quietly snuffled and hung out for a while before shuffling back off to his own bed. By the second night, Otto was sleeping (and snuffling) on my bed with me, not unlike a small, protective bear. I learnt to leave the bathroom door open when bathing, so Otto could poke his massive snout around the door-frame. 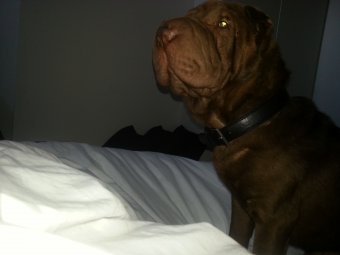 Otto loves to play in his yard (one of his owners' is American - thus Otto has a yard, rather than a garden.) Unfortunately, opposite the yard lives a cat and given the chance, Otto would spend his hours staring that feline out. As Otto warmed to me, he taught me his favourite game of 'eat the hand.' This involved play-munching on my hand. There's nothing quite like watching one's hand disappear into that enormous, jowly mouth.

My long weekend there was a mixture of Otto walks, relaxing indoors with him and catch-ups with my friends and family locally: juices at "Inspiral, " Camden's raw food cafe, food at "Ladudu, " West Hampstead's Vietnamese cafe. I also popped to West London to visit my grandmother. Returning from seeing her, I felt a little tired and sad. Otto - perhaps sensing that? - refused to leave my side. When I lay in bed, so did he, head resting on me. By the time I left on the Sunday morning, Otto and I had well and truly bonded. I look forward to seeing his gigantic face again sometime.