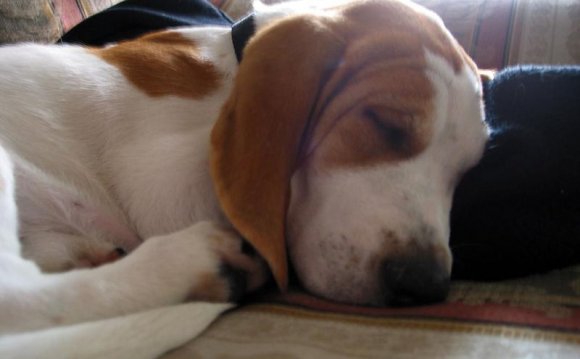 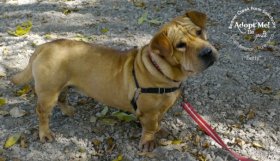 Betty White is a hybrid cross bred dog, called a “Ba-Shar” by some, which means she is a cross between a and a . The best way to determine the temperament of a mixed breed is to look up all breeds in the cross and know you can get any combination of any of the characteristics found in either breed. Not all of these designer hybrid dogs being bred are 50% purebred to 50% purebred. It is very common for breeders to breed . 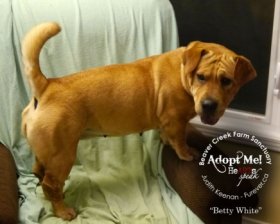 These dogs are smart, very affectionate, and have a great sense of humor. They can be stubborn occasionally, such as when you’re trying to stop them from chasing a rabbit! I wish the breed could be made ‘official’—they are fabulous companions, and a great size, not too small, not too big. The range is 31-40 pounds. Betty White for example, weighs 42 pounds and is considered a medium sized dog.

They tend to be a little long in the body, but not overly. Betty White has a very typical Shar-Pei face with eyes, muzzle and ears and of course a little blue on the tongue all typical of a Shar-Pei. And the build of her body likens more to the Basset heritage than the Shar Pei. She has been quickly housetrained – unlike a Basset Hound but very much like the cleanliness characteristic of a Shar Pei. 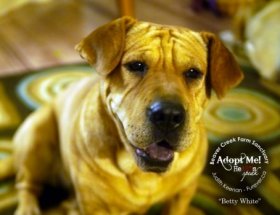 “Everybody is constantly stopping me to ask what breed she is; he is not only a show-stopper but she is ultra-intelligent.”

Adopt a Ba Shar Dog in Rescues and Shelters

Of course many of these types of cross-breed and hybrid breed dogs are touted as “Designer Dogs.” Breeders would like the public to think that this is a new concept, but in reality it has been going on in backyards for years. The only thing new-ish about the practice of inter-breeding is the extravagant price being charged for these dogs and the cute names they are called. At a fraction of the cost, one can find the same or similar “designer” or hybrid dogs at any animal shelter in any area of the country.

Rescue programs and shelters are filled with thousands of adorable mixed breed dogs needing adoption. Betty White is a prime example. Just attaching a fancy name to a mixed breed dog does not mean that one should pay extra money in order to have a fancy label attached. Please do consider visiting your local rescue or shelter to find a gorgeous, well-behaved dog like Betty White that needs a second chance for a furever home!