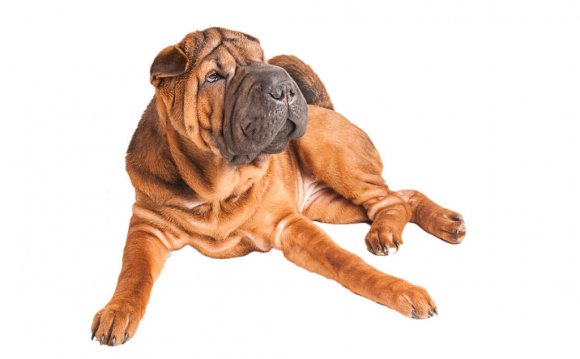 As the tail is such a good indication of what a dog is feeling and of its intentions, it is very hard for dogs to “read” other dogs that do not have a tail. Docked tails (or even those that from breeding are shorter and more upright – for example in the Shar Pei) can cause all sorts of confusion because they stand up and look challenging. An upright and stiff tail indicates the dog is confident and willing to be “top dog” but is not really expecting any trouble (such as a Shar Pei I was working with) but a more upright tail, especially one somewhere between horizontal and upright, can be a sign that the dog is willing to fight for top dog status and often a docked tail can fall into this position, even when it is relatively at rest! 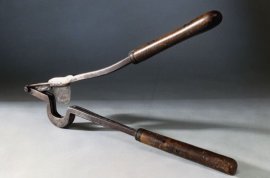 Problems may also occur in dogs that have more hidden eyes and smaller ears for the same reason – they make the body language of the dog much harder to read. From personal experience, my more fearful dog had great difficulties with a very friendly, well balanced and socialised Shar Pei when they first met. The Shar Pei was always relaxed and friendly, but my more fearful dog, in her early training and before she had grown in confidence, always misread this poor dog’s intentions. Fortunately the Shar Pei was great at not buying into the emotion and just ignored her and steered clear while the humans worked on correcting and directing the more fearful dog.

Interestingly the other balanced dogs did “not” have a problem reading the Shar Pei, so one does wonder if, like humans, that dogs may, in their insecurities, err on the side of defensiveness and will “assume” the worst because of their own insecurities. With other dogs, she might still respond in a worried way, but would read and accept their body language much quicker – even if they were less friendly than the Shar Pei!

A docked tail can be very short – so even dogs putting their tails down or between the legs to try and indicate they are neutral or even afraid, may be misread as the top part of the tail may still look straight and not as though it is arcing downwards. In addition to this, depending on the angle of the dogs to each other and their size, it may be that the dog with the docked tail has nothing to show because the tail is out of sight! Now there is no tail indication that can be read by the other dog. With a longer tail it may at least be seen wagging, curling over the body or between the legs for example.

Sharpei 5 walking outside on leash 2 -- after she unfroze

Sharpei 4 walking outside on leash 1