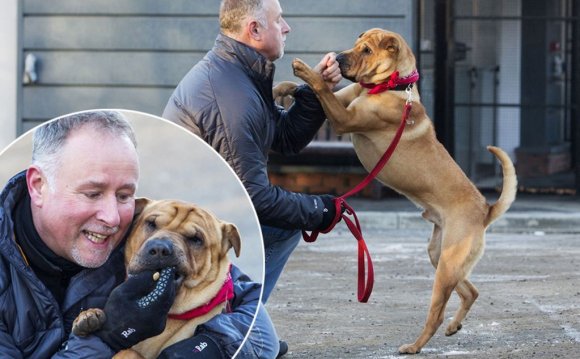 Hundreds of dog-lovers from all over the world, from the U.S. to Britain, Spain, Canada and even the Philippines are offering to adopt Kai — the dog who was found abandoned and tied up at a train station with his own suitcase.

Kai the Shar-Pei crossbreed quickly turned into the most popular canine in the Scottish SPCA’s history after he was found this past on Friday, outside Ayr station in Scotland, with a case containing his favorite toy, bowl, dog food and even a pillow. The organization has already received more than 100 phone calls and more than 80 e-mails from dog lovers eager to give Kai a new home. However, the Scottish SPCA insists that the new owner will be local. 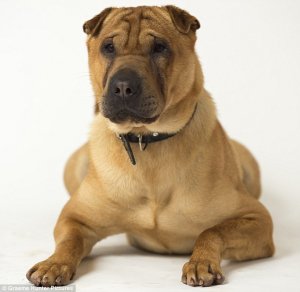 We’ve had offers from America, the Philippines, Canada and England and we’re trying to work our way through them. We’ve had good responses in the past but this is off the scale. We’ve never had offers from the other side of the world before.

What we’re saying to people is fill out a questionnaire, and Anna the manager and I will have a wee look through, whittle them down and make a decision. It’ll be hard but we’ll get there. We just can’t believe how big this became, but then, it’s not every day you get a dog abandoned with his own suitcase. 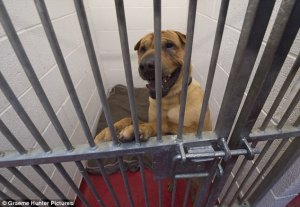 Before Kai could be rehomed, however, the charity’s investigation of his abandonment must be complete. Furthermore, the dog also needs surgery for entropions, inward-curling eyelids, which the SPCA will pay for. (Scroll down for the video.)

1. Enjoying the attention: Kai the Shar-Pei crossbreed at the Scottish SPCA’s rehoming centre in Glasgow.

2. Assistant manager Katrina Cavanagh said Kai’s success had taken staff by surprise. ‘We just can’t believe how big this became, ’ she said. ‘But then, it’s not every day you get a dog abandoned with his own suitcase’.

3. Kai in his new lodgings, which he has been in and out of constantly because of all the attention.

4. Kai needs surgery for entropions — inward-curling eyelids — but his fans have already raised the cash.

He’s loved the attention. He’s been in and out of his kennel so many times being filmed and having his picture taken. He’s a very happy boy and he’s behaved perfectly. We’re also seeing a boost in donations. A lot of people have come here in person and mentioned him. 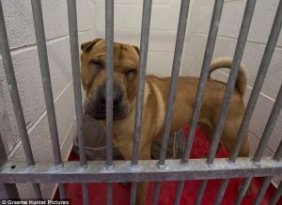 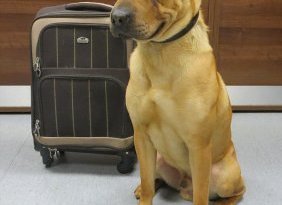 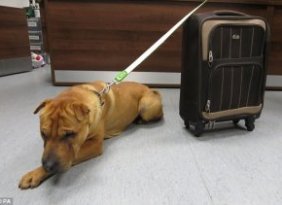 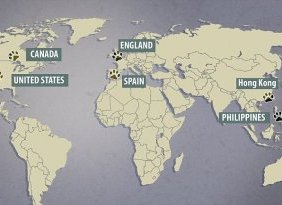