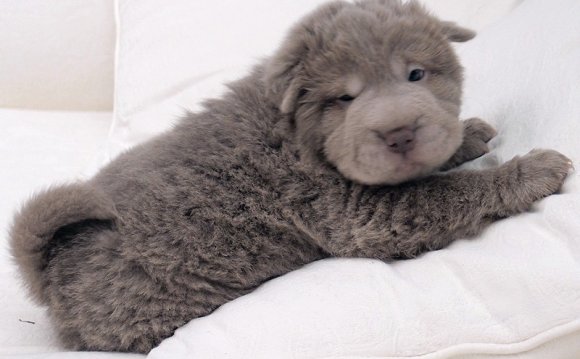 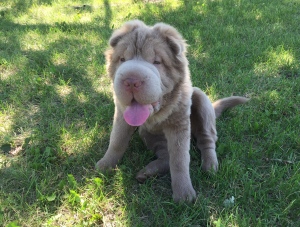 A four-month old bear coat sharpei from Edmonton is the latest pet to become famous on the internet.

An Instagram account featuring pictures and video of Tonkey snoring and playing in a bath tub has 186, 000 followers. The pup has been featured on Buzzfeed, the Daily Mail and Imgur.

A video of Tonkey with a case of the hiccups went viral.

Tonkey is still a puppy but she has nearly 200, 000 followers on Instagram. (Emily Fitzpatrick/CBC)

"I think mostly it's just how uncommon they are, " Parks said. "Not very many people know what a bear coat sharpei is, so when they see this squishable face I think they're taken with her."

As cute as Tonkey is, Parks says bear coat sharpeis are not welcome in the dog show world. Breeders say the pups are rarely a top choice for would-be owners.

But Parks said she fell in love with Tonkey when she and her husband first laid eyes on her.

"When we saw her, we had first pick of the litter and the breeder was surprised that we went for a bear coat, " Parks said. "But when we saw her, she was just so cute. We knew she was the one."