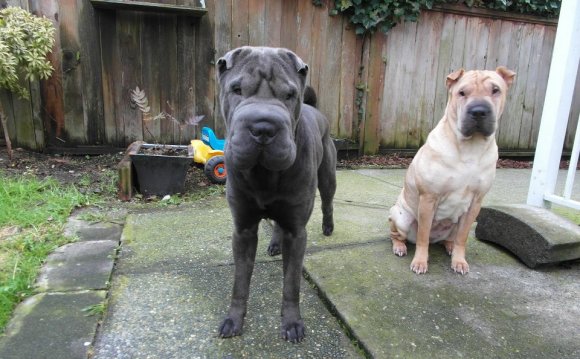 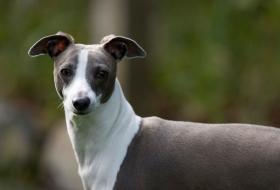 The Truth About Miniature Shar-Peis

A miniature Shar-Pei is also known as a mini Shar-Pei. The dog is a purebred Chinese Shar-Pei, but what you may not realize is that these dogs represent the original size of the breed. It wasn't until the breed gained AKC recognition that the 18 to 20 inch size range became the standard. Breeders of what is now commonly thought of as the "mini" simply chose to continue breeding the original size Shar-Pei which measures 17 inches or less at the shoulders and weighs between 25 to 40 pounds.

The word miniature itself is somewhat deceiving in regard to this breed because these are not teacup-sized dogs, nor are they pets you will want to tote around in a purse like an accessory. These dogs generally have the solid, stocky frame of their larger counterparts, as well as the familiar wrinkled and pushed in face. They are meant to be walked on leashes, and they are heavy enough to make it difficult to carry them for more than brief periods of time.

There are a few myths surrounding mini Shar-Peis that need to be dispelled. First, these dogs are not rare dogs as some pet stores would have you believe in order to charge an excessive price for puppies. Despite their size and weight, these puppies come from purebred Shar-Pei bloodlines.

Second, the American Kennel Club does not recognize this miniaturized version of the Shar-Pei as a separate breed; these dogs are eligible for registration simply as Chinese Shar-Peis. There are specific breeders that specialize in producing the original sized of Shar Pei, and many of these dogs are registered with papers issued by the Miniature Shar-Pei Club of America. 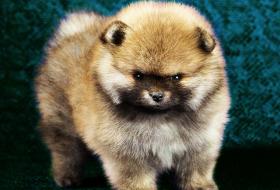 Third, since these dogs have not been "down-sized" like many other miniaturized breeds, miniature Shar-Pei puppies do not carry any genetic health problems that are not already found in the AKC standard size Shar Pei, which mainly include skin problems and kidney disease.

While Shar-Pei's are described in their breed description as aloof and standoffish, the breed's normal tendency toward being utterly loyal to their owners is often at its best in the miniature version of the dog. These pups are companionable animals with their owners and demonstrate an amiable nature.

Shar-Pei's have received some bad press as being fear biters (dogs who aggressively nip or even bite when in a stressful or dangerous situation). Generally, this tendency is no more predominant in this breed than any other dog. The miniature Shar-Pei is often described as adaptable, goofy and even guilty of being a couch potato on occasion.

The general appearance of miniature Shar-Pei puppies include the trade-mark typical hippopotamus-shaped head, wrinkled head and body skin and a height not exceeding 17 inches. The eyes must be clear and almond shaped. The tongue and inside of the mouth should be blue-black in color, but a gray, purple or lavender tongue is acceptable. A lot of pink on the tongue and prick ears are considered disqualifications in show dogs.

Even with the miniature version, the chest of the dog is deep and the neck is only of medium length, blending into well-set, broad shoulders. The dog's back is broad and short, while the tail is thick at the base and rises to a point that curls.

As always, it is good to purchase a purebred dog from a reputable breeder, and you can expect to pay $1, 500.00 and up for a high quality puppy.