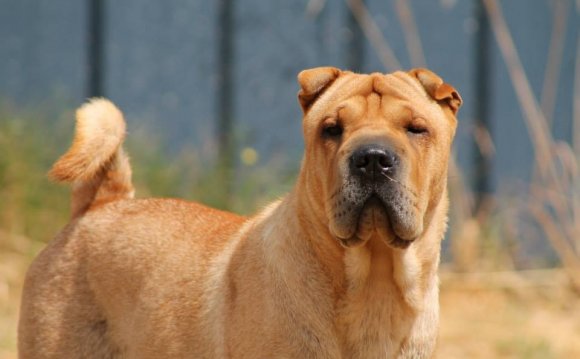 The scientists have reached the surprising conclusions by studying genetic variations in the DNA of 35 dog breeds.

The technique they used is known as SNP, which stands for ‘Simple Nucleotid Polymorphism’.

In their SNP analyses, they took DNA from each of the dogs to establish their DNA fingerprints.

DNA from dog breeds such as the Golden Retriever, the English Bulldog and the Basset Hound reveal that the grey wolf is the ancestor of all dogs.

Scientists originally looked at archeological finds and cave drawings to figure out when and where man started to domesticate dogs. But now that we’ve entered into the DNA era, we have obtained some more precise tools.

The analyses also show that the dog breeds cannot possibly all stem from the genes of the same wolf pack. Different dog breeds originate from wolves in different parts of the world.

Up until now it was thought that the Chinese where the first to breed dogs – the Shar-Pei, an effective war dog – some 15, 000 years ago.