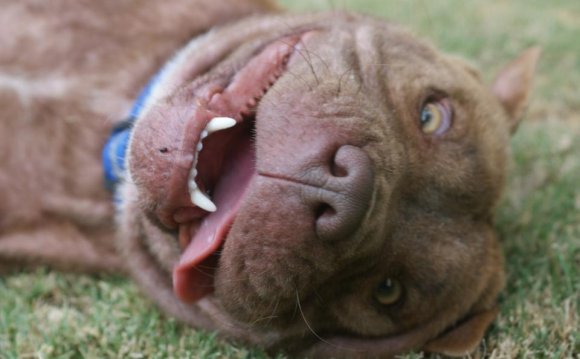 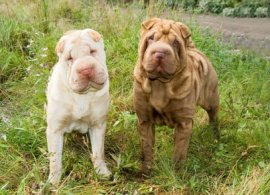 The Shar Pei breed originates from China where he did work as a hunter and guard dog – also as a fighting dog. For this reason, some Shar Peis may be prone to aggression. In his native country his features (chiefly his wrinkly skin) were much less exaggerated than many Shar Pei you see today. He is a large, lumbering dog who needs to live in a house with a garden. He has short, bristly hair which needs grooming regularly. He needs some exercise every day. In the interests of dog health and welfare, you are advised to avoid the extreme type of Shar Pei in favour of a leaner, more muscular dog with far fewer wrinkles.

(should be as low as possible)

Ask the breeder to show you the certificates for the above tests/screening for both parents (or check the KC’s health test results finder). If any of the above tests have not been considered necessary by the breeder (and there may be good reasons), ask her to explain why.

Ask the breeder about the medical history of the parents, grandparents and great grandparents. Consider carefully whether to purchase a puppy if some of these or other diseases are in the family line.

Ask about the breeder’s policy in cases of serious genetic diseases occurring to your puppy in later life. Good breeders will request to be informed of such events in order to improve future breeding decisions. Some breeders will also agree to contribute towards medical costs or refund purchase price.

Or the Kennel Club’s Assured Breeders Scheme Standard and Guidance: