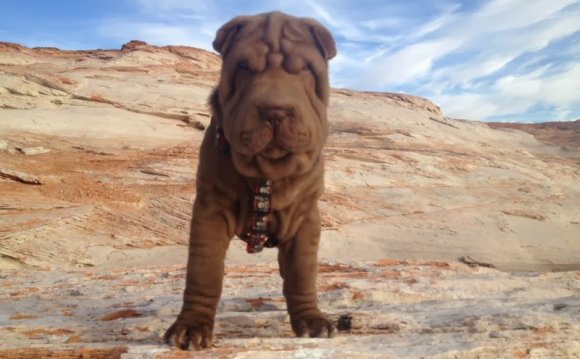 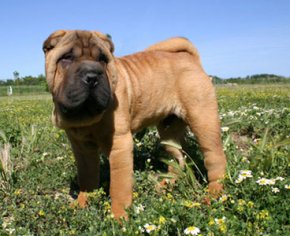 Outline: Shar Pei commonly get skin infections because of their thickened and folded skin, which causes recurring bouts of skin irritation and soreness.

Shar Pei have a large volume of unusually thickened skin and thick, bristle-like hair. Folds are common on the trunks and legs of puppies and persist as folds on the heads of adults. Skin fold dermatitis occurs when the skin in these folds is irritated directly by hairs and skin rubbing together combined with the accumulation of skin secretions. Skin infections are common and contribute to the welfare concerns.

There is a moderate-severe welfare problem. Common in puppies and in many adults, it does not directly lead to death but can cause lifelong irritation with episodes of pain.

More common in puppies, adult dogs are also frequently affected. Constant lower-grade skin irritation with episodes of infection and pain may be expected throughout the lives of affected adult dogs.

7. How do you know if an animal is a carrier or likely to become affected?

Only by examination of the animal and its relatives and knowing whether any of these dogs have been previously treated for skin conditions.

8. Methods and prospects for elimination of the problem

For further details about this condition, please click on the following:
(these link to items down this page)

The Shar Pei is a breed known for its thick wrinkled skin. There are two reasons for this appearance. Partly this appearance is due to it having an excessive volume of skin. Also, Shar Pei have skin which is different in structure to the skin of other dogs. It has more of a substance called mucin (or hyaluronan) than other dogs which gives its skin increased thickness, contributing to the production of thicker skin folds (Zanna et al 2009, Akey et al 2010).

Shar Pei have excessive skin all over their bodies, but particularly on the trunk and limbs when puppies (Nuttall et al 2009).This excessive or “redundant” skin forms into folds where skin surfaces rub together and may lead to skin irritation. It also creates pockets of moist warm skin, which favour the growth of bacteria and yeasts normally present on the surface of the skin in small numbers (Scott et al 1995). These bacteria and yeasts feed on the trapped skin secretions, multiply and produce substances that cause further irritation to the skin. Abnormal bacterial growth in the skin folds also often occurs leading to more severe infections. Local infections in skin folds may be called skin fold pyoderma. As well as causing irritation and pain – especially when the skin becomes ulcerated – there may also be an unpleasant smelling discharge (Scott et al 1995). Fluids such as tears, saliva and urine can catch in the folds adding to disease.

The characteristic hair type of Shar Pei contributes to the development of the disease. The Kennel Club breed description (2009) states that the Shar Pei has an “extremely harsh coat which is straight and standing off the body”. In a skin fold these bristle-like hairs directly irritate the facing skin.

Another contributing factor in the condition is the presence of concurrent ‘seborrhoea oleosa’ in many Shar Pei This name describes the condition in which excessive skin secretions are produced (Gross et al 1992). Shar Pei are predisposed to this (Griffin et al 1993). Where excessive secretions are combined with the presence of skin folds the environment for bacterial and yeast overgrowth and infection is enhanced and infections are more likely and more difficult to control.

Skin fold dermatitis is seen most commonly in Shar Pei puppies as they tend to have more folds. Many dogs grow out of their folds in the trunk and legs but it is common for problems to remain in adult Shar Pei, particularly round the head and face (Scott et al 1995).