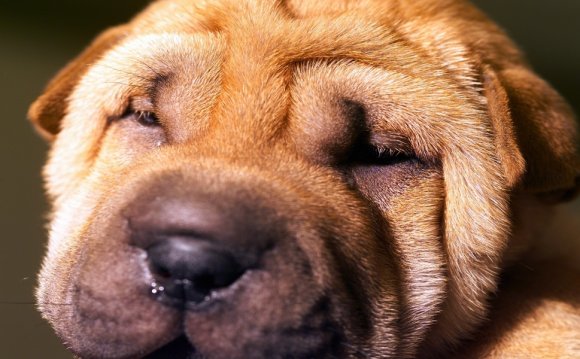 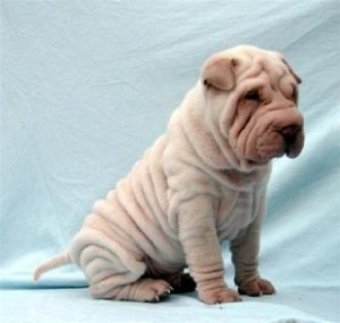 A group of researchers at Universitat Autònoma de Barcelona (UAB) have discovered the origin of the mucinosis present in Shar Pei dogs, a hereditary disorder responsible for the characteristic wrinkles found in this breed.

The research report appears in the journals Veterinary Dermatology and Journal of Heredity. The report details the genetic alteration in this breed which multiplies the activity of an enzyme responsible for an excessive production of hyaluronic acid, a substance which gathers under the skin and produces wrinkles. Understanding this molecular mechanism will give way to new reproduction programmes aimed at improving the health of these animals. It also will be used to learn more about human disorders such as Familial Mediterranean Fever (FMF) or mucinosis, and to gain more knowledge on the ageing process.

Shar Pei dogs have unique characteristics. The breed originated in the south of China more than two thousand years ago with the Han dynasty and was used as guard dogs and shepherds. After the communist revolution of Mao Tse-Tung the Shar Pei breed almost disappeared. However, at the beginning of the 1970s a breeder from Hong Kong, Matgo-Law, sent a number of Shar Peis to the United States and there began the process of recovering the breed, which is considered to be the rarest in the world.

Shar Peis became a popular breed in Europe and the United States at the beginning of the 1990s. During the recovery process, the characteristic wrinkles of the first Shar Pei dogs were enhanced and the offspring of these appeared with thicker skin and a greater number of wrinkles. This increase in thickness and the formation of excessive wrinkles are the cause of the inherited skin disorder cutaneous mucinosis, in which there is a build-up of mucin in the layers of the skin. The mechanism which produces this excess of mucin was unknown of until now.

A group of researchers at UAB, led by professors Lluís Ferrer and Anna Bassols, have discovered the mechanisms of this disorder. Mucinosis in Shar Peis is due to an accumulation of hyaluronic acid (one of the main components found in the space between tissue cells) in cutaneous structures. This causes them to present high levels of hyaluronic acid in their bloodstream as well. Research with fibroblast cell cultures isolated from the Shar Pei's skin have allowed scientists to demonstrate that synthesis of hyaluronic acid is produced in abnormally high amounts due to an excess in the activity (overexpression) of the HAS2 enzyme, one of the three enzymes responsible for the synthesis of acid in mammals. Now researchers are working to find the exact location of the genetic mutation causing this metabolic alteration, in a collaboration project between Armand Sánchez and Olga Francino from the UAB Department of Animal and Food Science, and Mia Olson and Kerstin Lindblah-Tod from the University of Uppsala, Sweden.

The results of the research contain many practical applications for the future. Due to the high level of inbreeding, the Shar Pei breed is afflicted with numerous disorders, and many of them are hereditary. Knowledge of the genetic and hereditary bases of mucinosis will be used to design reproduction programmes aimed at improving the health of these animals. This breed is also a valuable model for the study of human disorders such as FMF or hereditary mucinosis and research results could lead to applications which could cure these disorders. In addition, understanding the molecular mechanisms of mucinosis will shed more light on the biology of the tissues surrounding cells, the extracellular matrix, and will help to understand processes such as cell recognition and ageing.

The research was carried out by researchers Lluís Ferrer, Giordana Zanna, Dolors Fondevila, Anna Bassols and Maria José Docampo from the UAB Department of Animal Medicine and Surgery, and the Department of Biochemistry and Molecular Biology. The results have been published in the journals Veterinary Dermatology and Journal of Heredity and will be presented at the World Congress of Veterinary Dermatology (WCVD6) which will take place in Hong Kong on 19 November 2008.

The above post is reprinted from materials provided by Universitat Autònoma de Barcelona. Note: Materials may be edited for content and length.