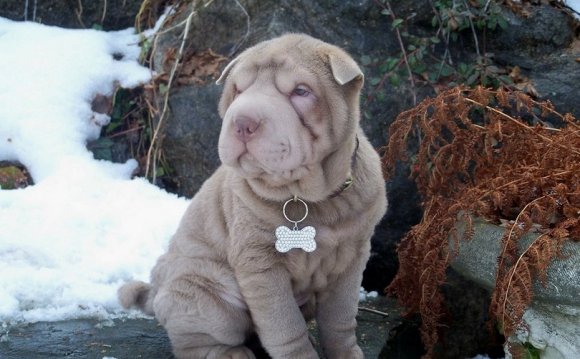 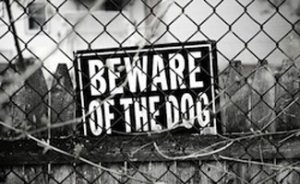 The dangerous dogs act was a law passed in the United Kingdom in 1991 aimed to try to reduce the number of dog attacks by specific breeds. After a slew of incidences where serious injury or death resulted from attacks by a number of dogs of a particular aggressive breed or dogs that were uncontrolled the parliament of the United Kingdom stepped in. This legislative response was designed as a way to protect the people; however, over time many have come to see this parliamentary act as being discriminatory and ineffective. In this article we will cover some of the specifics in regard to the dangerous dogs act and discus whether or not this was an effective response to a societal concern.

What is the Dangerous Dogs Act?

According to the . Dogs within this specific categorization must also be muzzles and kept on a leash at all times when in public and they must also be registered and insured by their owners. These “dangerous breeds” must also always be neutered to prevent them from breeding, tattooed to ensure that the individual dog can be identified and have a microchip so that these dogs can be identified and returned to their owner should they escape. The dangerous dogs act does not stop there however; it also states that there shall be no breeding, no sale and no exchange of these dogs what so ever even if these dogs have been exempted by the court.

What Dogs Are Covered Under the Dangerous Dogs Act?

According to the United Kingdom Dangerous Dogs Act there are four specific types of dog that are considered to be specially controlled dogs, these are:

In addition to covering these four specific breeds, this act also extends to cover any dog that appears to be a cross of these four breeds. Unfortunately for many dogs this results in persecution based on physical appearance. The Dangerous Dogs Act does not only persecute breeds based upon their “breed label” rather according to the act these dogs are persecuted based upon their “type” which means if the dog possesses physical characteristics of a prohibited breed or matches the description of a prohibited breed then the dog is considered to be dangerous. The determination as to whether or not a dog meets the description of a dangerous dog is made by a court within the United Kingdom courts system.

Why These Dog Breeds or Mixes of these Breeds?

These four breeds and mixes of these four breeds are considered to be dangerous based upon their unique ability to cause such significant damage if they do attack a human being or other living thing. By nature these dogs were bred to be killing machines that were able to bring down full sized bulls in a bull fight and so they possess jaws that are incredibly strong and the ability to cause incredibly amounts of damage due to the pressure per square inch in those jaws. These dogs are labeled unique because of this incredible jaw strength which, when the dog attacks, leads to an unfathomable amount of damage and their ability bring down powerful living beasts as they were originally bred to do.

What Are Exempted Dogs?

As mentioned above there are cases where dogs that fall under the specific controlled dogs list are exempted from the act and a list of these dogs, referred to as the “Index of Exempted Dogs” is maintained by the Animal welfare section of the Department for Environment, Food and Rural Affairs. This group is responsible for registering all of the specially controlled dogs that reside within both England and Wales. The list of exempted dogs are closed to new additions between the years of 1992 and 1997; however, in late 1997 an amendment to the Dangerous Dogs Act reopened the list to allow courts to add specific dogs to the index of exempted dogs. All dogs that fall under the specially controlled dog’s category are considered to be dangerous dogs unless they are added to the index of exempted dogs by a court within the United Kingdom court system. Owning one of these banned breeds or cross breeds without featuring on the index of exempted dogs as an exemption from the rule is considered to be illegal.

Is The Dangerous Dogs Act Only In Force In The United Kingdom?

The particular term “Dangerous Dogs Act” refers specifically to the 1991 law passed by the parliament of the United Kingdom and the 1997 amendment which followed allowing for dogs to once again be added to the list of exemptions. However, while this specific term is reserved for the United Kingdom, many other countries have adopted their own version of the law in an effort to regulate these “dangerous” dog breeds. Not all of these acts and laws are equal in how they tackle the “problem” of these dangerous dogs, in some locales such as certain areas of Australia these “dangerous” dogs are simply required to wear a red collar with yellow stripes. In other areas such as particular areas of Queensland, Australia, these dogs are seized and destroyed based upon their “dangerous dog” label.

Depending upon the area being considered, the label “dangerous dog” has been expanded to include a number of other specific breeds or cross breeds. The United States. has also added Dangerous Breed Lists to many Homeowners Insurance policies so take look at the list and be sure to check your policy. But, first, here’s a video of some of the most dangerous dog breeds from Top 10 Powers on YouTube.

Obviously some of these breeds seem to conform to the “dangerous breeds” definition as outlined by the parliament of the United Kingdom; however, a number of the dogs listed above (many of these are prohibited only in the state of New York by the New York Housing Commission) bear no resemblance to the original four “dangerous” dog breeds as outlined in the original Dangerous Dogs Act.

What Does This Mean For Owners of these “Dangerous” Breeds?

If you are currently in possession of one of these “dangerous” dog breeds these acts could mean a variety of things to you depending upon where you reside. A number of states make exceptions to the rules for dogs that have been living in the designated area for a particular amount of time – namely dogs that have existed in the locale for years before the dangerous dog laws were enacted. It should also be noted that in most states owning any of the “dangerous” dog breeds or breed crosses that have already shown incidences of aggression, is a free pass for regulating organizations to confiscate and destroy your dog.

For most people who own one or more of these particular types of dog that have not shown aggressive behavior, these rules mean quite a lot of hoops to jump through in order to keep their beloved family pet. Simply having a clean record for a dog that is classified as “dangerous” is not enough to protect that dog from confiscation under certain circumstances. These particular dog type owners must conform to regulatory rules such as carrying insurance on their dog should an incidence of aggression arise, neutering their dog to prevent further growth of the “dangerous dog” population and muzzling their dog in public.